Laurence emigrated to Australia from there UK in his teens.  A NIDA graduate, his stage work for the Melbourne Theatre Company (MTC) includes Silvius in As You Like It, from acclaimed director Simon Phillips, Shakespeare in Love, also from director Simon Phillips, and his professional stage debut inJumpy, a co-production with Sydney Theatre Company.

Other stage credits include Punk Rock, directed by Ruby Rees for Patalog Theatre and Lysander in The Australian Shakespeare Company’s A Midsummer Night’s Dream. In his final year at NIDA, Laurence played Vladimir in Waiting for Godot, directed by Susanna Dowling.

Laurence was the Gen Z captain in Nine’s popular Talkin’ ‘Bout Your Generation, with Shaun Micallef, Andy Lee and Robyn Butler. He was main cast in the ABC’s hilarious Ronny Chieng: International Student.  Other credits include a recurring role in Neighbours and the web series Dave and Theo. He made his television debut in teen series The Worst Year of My Life… Again and was in Michael Rymer’s critically acclaimed Deadline Gallipoli for Foxtel/Matchbox Pictures, as well as the feature The Spirit of the Game.

Laurence is a highly skilled voice over artist, having narrated a number of audiobooks including The Grunts Series by Philip Ardagh for which Laurence was named one of the ten Best New Voices in 2020 by The Publishers Association in the UK. 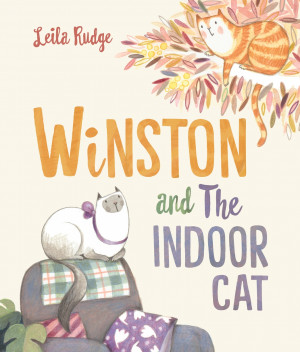 Winston and the Indoor Cat