Jillian’s star is truly set to rise in 2022 with some major projects being released on the big and small screen. ABC’s flagship series, surfing drama Barons, in which Jillian plays the female lead, is soon to be released; romantic sci-fi feature Loveland aka Expired, directed by Mystery Road’s Ivan Sen and co-starring Ryan Kwanten and Hugo Weaving, will be released in March, while Kiwi comedy feature film Millie Lies Low from director Michelle Savill, which premiered at the 2022 Berlinale, will also hit cinemas.

Later in 2022, Jillian will be seen treading the boards in the Melbourne Theatre Company’s production of Laurinda, a new play by Petra Kalive and Diane Nguyen, based on the novel by Alice Pung, under the direction of Petra Kalive. She was most recently seen in the hugely popular Netflix series Clickbait and appeared in A Miracle Constantly Repeated for Patricia Piccinini – part of an artistic installation piece at Melbourne’s famous Flinders Street Ballroom during Melbourne’s Rising Festival.

Jillian played the role of Molly Kane in feature The True History of the Kelly Gang, directed by Justin Kurzel and based on the Booker Prize-winning novel by Peter Carey, as well as a key role in SBS original drama Hungry Ghosts, a performance which garnered her much attention.

Jillian was part of the ensemble cast of King Cross Theatre’s The Serpent’s Teeth and has appeared in several short films, including Tam from Nora Niasari. She is a graduate of the 16th Street Actors Studio in Melbourne and holds a Bachelor of Arts, majoring in Media Communication, from The University of Melbourne. Born Huyen Dieu at Sungai Besi refugee camp in Malaysia, both Jillian’s parents are Vietnamese, with Chinese heritage on her mother’s side. She immigrated to Australia when she was 14 months old. 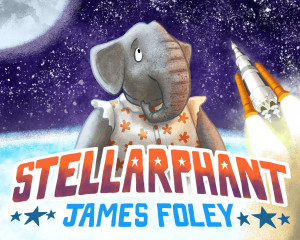