Lavanya Naidu is an animator, designer and award-winning children's book illustrator, born and raised in Kolkata, India. She has illustrated for numerous children's books. Her work has most recently been featured at the Asian Festival of Children's Content as a selection for their Digital Gallery 2020. Lavanya now resides in Melbourne and is currently working as Head of Design on the second season of the ABC Kids animated series The Strange Chores. In her spare time, she enjoys making and collecting dinosaur models! 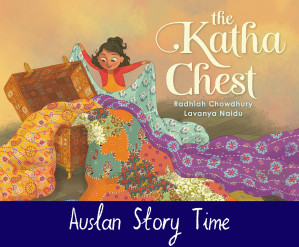