Boris is our prim and proper historian, and one of four Story Box Library characters. Boris likes problem-solving, wearing his bow-tie ‘just so’ and reading non-fiction. To help children and students learn more about the experiences of Australian and New Zealander soldiers and the significance of Anzac Day, we're sharing some of Boris’ chosen stories on the topic.

Every year a new story is added to our library to commemorate ANZAC Day. Our latest addition, Midnight: The Story Of A Light Horse, is based on a true story of a famous Australian cavalry, and is brought to life by our storyteller Australian Army Colonel John Molnar. Explore ANZAC Day titles below, from our Anzac Day collection.

Alfred’s War: Rachel Bin Salleh's poignant narrative opens our hearts to the sacrifice and contribution that Indigenous people have made to Australia's war efforts, the true extent of which is only now being revealed. Evocative and moving illustrations by Samantha Fry bring this story to life, as does actor Richard Green's powerful telling.

Anzac Ted: Belinda Landsberry's powerful, poignant story of a little boy's teddy bear that was passed down to him from his grandfather. This book has been chosen specifically as a gentle introduction to the ANZAC story and the importance of remembrance for a younger audience. Told sensitively by Story Box Library favourite, Mike McLeish.

Once A Shepherd: Glenda Millard & Phil Lesnie's story is a moving tale that will help grandparents relate personal experiences of war with young children. Read warmly by artist, Anna Taylor, who has her own poignant connection to the story.

Lone Pine: Based on a true story, Lone Pine is the incredibly moving story of how a simple gift of a pine cone from a soldier to his mother becomes a national symbol of remembrance.

Anzac Biscuits: A tender story of a family torn apart by war, yet brought back together through the simplicity of Anzac Biscuits.

One Minute’s Silence: A poetic, meditative, and powerful look at how we remember war, with images that reflect the human face of conflict. We are given the opportunity to imagine, remember and honour the brothers in arms on both sides of the conflict, heroes who shed their blood and lost their lives, with storyteller Shane Jacobson. Suitable for ages 10 and up.

The Happiness Box: In 1942, Sergeant “Griff” Griffin was a prisoner of war. With Christmas approaching, he decided to make a book for the children cooped up in nearby Changi Prison. The book was said to contain the secrets to happiness. But the enemy was suspicious. With this story, creators Mark Greenwood and Andrew McLean, and storyteller Tony Wilson, bring to life the inspirational true story of a book that became a National Treasure. Suitable for ages 10 and up.

I Was Only Nineteen: John Schumann's unforgettable lyrics about the Vietnam War are etched in our memories. Now, they've been warmly brought to life by one of Australia's best-loved illustrators, Craig Smith. John Schumann reads his powerful book in front of Melbourne's Shrine of Remembrance ready to touch a new generation. Suitable for ages 8 and up.

Read more from author of Raising Readers, Megan Daley, about the significance of Anzac Day (including her personal Anzac biscuit recipe!).

Using Story Box Library, educators can inspire a natural curiosity and love of learning and reading, through engagement with dynamic storytellers, themes, activities and characters that young children can relate to. 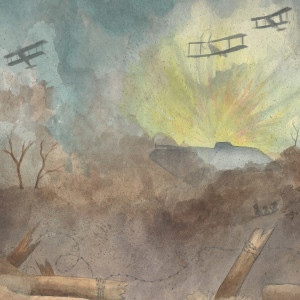 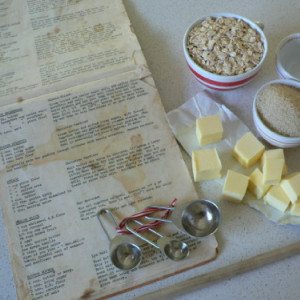 Megan Daley on the Importance of Anzac Day

Back to school! Stories for the new school year