The Wiggles are an Australian children's music group formed in Sydney, New South Wales in 1991. Three of the original Wiggles, Anthony Field, Murray Cook and Greg Page met at Macquarie University in Sydney, Australia, where they were studying to be early childhood educators. A common interest in music, together with their professional interest in early childhood, led to them developing a CD of children’s songs that would, they hoped, be a useful addition to those already in the market. At the same time Anthony was involved in a pop band, The Cockroaches and persuaded a member of that band, Jeff Fatt, to be part of the new project. That first CD was an immediate success and led to another and another, to videos, DVDs, television series and live shows that have established the group’s reputation as first class entertainers of young children across the world.

Eventually Greg, Murray and Jeff decided it was time to move away from active performance and use their talents, knowledge and experience to support and foster a new Wiggly line up. Emma Watkins (The Yellow Wiggle), Lachlan Gillespie (The Purple Wiggle) and Simon Pryce (The Red Wiggle), together with Anthony Field (The Blue Wiggle), are upholding and extending The Wiggles reputation. Emma, Lachy, Simon and Anthony and their friends are as appealing to the newer generation of preschoolers as the original Wiggles were to their older brothers and sisters and even, in some cases, their parents!

Stories by The Wiggles 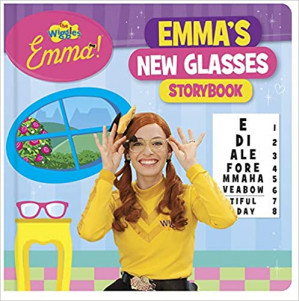